I’ve put off my major Airstream and car projects since we got back to home base in October.  Now it’s time to get going.

Our trusty tow vehicle (and regular consumer of spare parts), the Mercedes GL320, has a problem involving the diesel exhaust fluid (DEF) tank heater that I’ve decided to fix myself.  The dealership will gladly do this job for $2,000 but I’m hoping Nick and I can tackle it for less than $400.  I’ll blog that later, once it’s done.

The DEF tank on our car is trapped by the central reinforcement of the receiver hitch, so to get it out for the repair I have to remove the entire hitch.  Since it was out, I figured this was a good opportunity to do a hitch inspection. I casually check it every year but haven’t really done a thorough inspection since April 2012.

By the way, you don’t have to remove your hitch to check it.  You can just get under the car with a flashlight like I described in an earlier post.  It’s just a little harder to see everything that way. 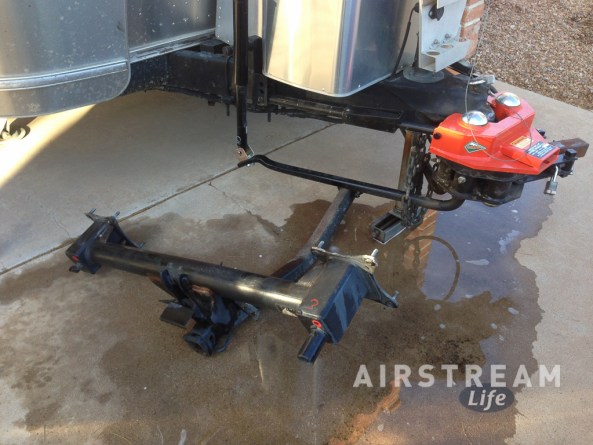 Our hitch looked pretty good.  After washing off the hitch I saw the usual surface rust, particularly around welds where we’d added reinforcing gussets, which was expected. 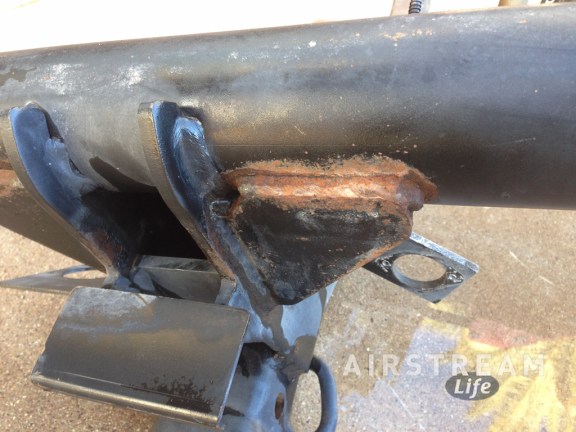 Nothing jumped out as suspicious, so this job was limited to washing the dust off, wire-brushing the rust (with a rotary brush in a cordless drill), roughing up the painted surfaces with the brush, and repainting.  It took less than 30 minutes to do it all. 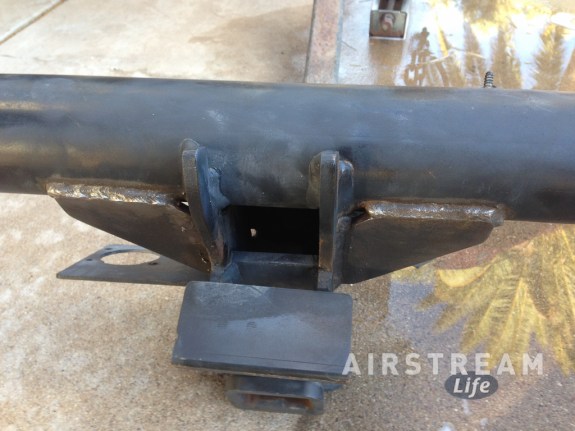 In the photo above you can see the welds after they’ve been wire-brushed.  Nice shiny metal, and best of all no cracks.  I found a small amount of stretching in the receiver box (fairly normal considering this hitch has towed for about 100,000 miles) and one factory weld with a slight gap that’s probably been there since it was made.  Nothing to worry about. This hitch is ready to go back on the car. 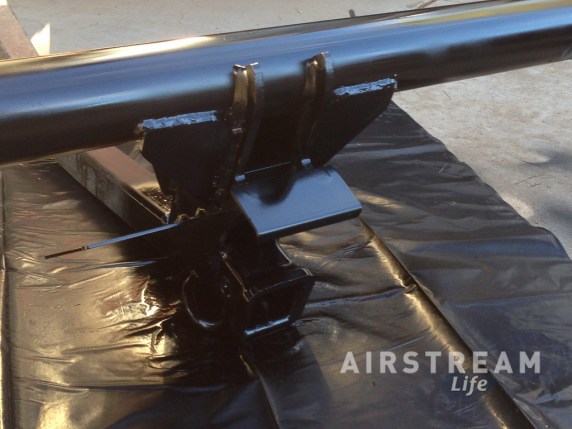 And finally, with a quick touch-up coat of glossy black spray paint, it looks like new again … for the third or fourth time.

I know a lot of you are in the snow right now, so the idea of crawling under your tow vehicle to do a hitch inspection is probably not appealing.  I suggest you put it on your list for spring maintenance, right before you start going camping again.  A hitch inspection takes only a few minutes and can save you from a ton of hassle.