I think the worst thing you can do with an Airstream is to zoom across this amazing nation in an effort to cover miles quickly. Circumstances have forced me to do that on a few occasions, and each time I bemoan the missed opportunities along the way, the impromptu stops for roadside oddities and authentic experiences that fly past the driver’s window. 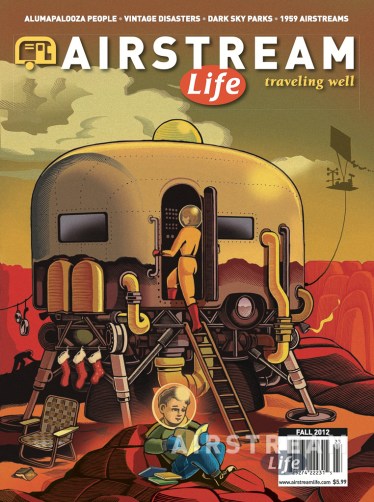 There’s always a good reason, of course. We have only so much time in this life and we can’t make more. It doesn’t matter if you are wealthy, esteemed, powerful, or famous—your day is still only 24 hours (until we have Airstreams on Mars), and your week is always going to be 7 days long.

Time is the key currency when you want to engage in slow travel. Like the “slow food” movement a few years back, I think you get a richer, more satisfying experience by roaming at leisure. The ideal way to get across the USA is to take a month or more with an Airstream, stopping everywhere that suits you and chasing 72 degrees whenever possible.

I’ve done that for a few years. Tallying up, I think I’ve crossed the country towing an Airstream roughly 35 times in the last 15 years, and most of those trips were happily puttering the blue highways at a rate of no more than 150 miles every few days.

So there I wuz … as the story often begins … storming the highways of the nation this past week in an effort to get home after four months of traveling. I could have delayed my arrival back home by two or three more weeks but I had been gone long enough.

I had spent enough of the currency of time on travel for a while. After a summer appreciating the humid northeast, I was ready to switch to the desert and dry out a little bit at home base.  Call it the Temptation Of The Heat. Tucson was calling, with friends and family awaiting amidst the final weeks of the stormy & hot desert monsoon season. 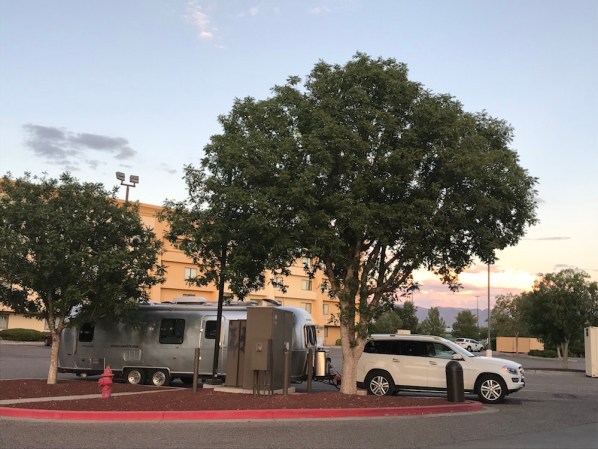 Putting in the miles is hard on humans after a few days, and the equipment takes a hit too. I’ve never managed to complete a sprint across the nation without some sort of mechanical price to pay. Tires wear out or fail, windshields crack, and in the winter things can freeze unexpectedly. Last year we had a window blow out in the home stretch through Phoenix. There’s always something, even for someone like me who is meticulous about maintenance and preparation.

On a slow trip this stuff is easy to deal with, but when stuff happens in a balls-out dash it’s much harder. There’s no margin in the plan. Even a small glitch can make you feel like an astronaut aboard Apollo 13: wondering how to patch up the ship and limp home.

This time I was fairly lucky. I drove 2,135 miles from western PA to Tucson AZ in five days and the worst thing to happen was a nail in a tire of the Mercedes GL in the final 300 miles. I was so close to home at that point (and the tire was still holding air moderately well) that I didn’t even take the time to do the smart thing, which would have been to unhitch the Airstream and bring the tow vehicle to the nearest tire shop. Instead I took the quick way out, which was to add some air with the compressor that is part of my contingency equipment and keep driving to Tucson with a close eye on the car’s dashboard tire pressure monitor.

(For the record, I don’t recommend this. Play it safe. I was a maniac this time.) 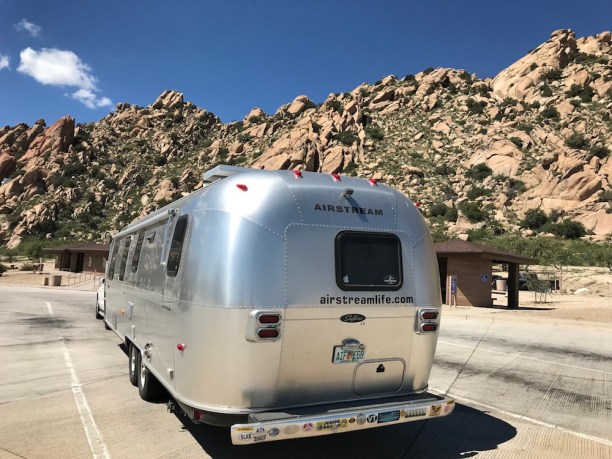 The Airstream and Mercedes arrived looking bedraggled, coated with a film of the unique chemical goop that our Interstates produce—a mixture of unburnt diesel oil, carbon, tire particulate, dust, fryer grease and samplings of bug guts from 14 states. It’s not a good look but a trip to any truck wash will bring the Airstream back to life. 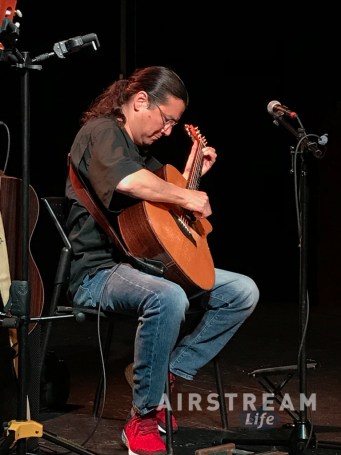 To break up the week I took a short day on Wednesday and stopped in Oklahoma City to look up my friend Edgar Cruz. Edgar is a marvelous, internationally-recognized Spanish guitarist who has performed at many Aluma-events in Ohio, Oregon, and Arizona. He’s got that amazing ability to play any song that he can hear, and retain literally over a thousand complex guitar arrangements in his head. He’s also a genuinely nice guy.

This evening Edgar was scheduled to be playing in an smaller setting at the University’s Jazz Lab so it was a fun and intimate evening for everyone who showed up. He hung his phone on the mike stand and we all texted him song requests, making the show almost entirely audience-generated.

Beyond that pleasant evening lay only another 965 miles of concrete, which whisked by fairly painlessly thanks to the wide open highways of the west and their commensurate high speed limits. And now the Airstream is parked and mostly unloaded, awaiting a deep cleaning inside and out so that it can be ready for another trip soon.

What’s next?  Other than a short weekend in October, I don’t know. At this point in my life I’ve realized that it’s not really important to know what’s around the corner, and we’re only fooling ourselves if we really think we know. Years of traveling the highways and looking for new things has taught me that it is good enough to know that when I turn that corner, something will happen—and it will be alright. Until then, it’s just good to be home.