You are here: Home / Airstream / What’s over the next hill?

Yesterday and today have been full of mixed emotions for me. Being at Alumapalooza temporarily brought me back to a routine that has been part of my life for a decade, and for a while it felt like nothing had changed. I did many of the same things, met many of my old friends, visited places I’ve been to dozens of times. But all along I’ve known that it was the last time for many things, and it’s time to look forward to what’s next. 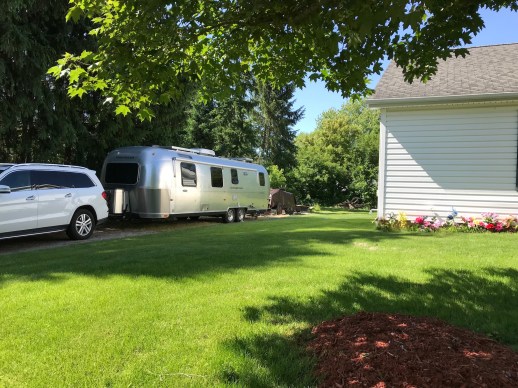 This is part of a tumultuous change that started for me when Emma turned 18. For the first time in 13 years there was Airstream travel without Emma. That changed a lot of things, as I documented in the blog last summer. Now everything is changing. It is the last Alumapalooza for me, at least as an organizer. This may be the last time I drive these roads and decompress (in the spot pictured above) with dear friends in early June. This year may be the last that I can be sure I will spend the whole summer in Vermont. I do not know what exactly the year 2020 will hold, but I am sure it will be very different.

For many people change is unsettling. They find comfort in routine and stability. I like a little routine but too much is dull and even scary to me. I suppose it might be considered a bit of FOMO (Fear Of Missing Out) but I always want to know “what’s next?” In that way I share a philosophy with Wally Byam, the founder of Airstream, who wrote:

Don’t stop. Keep right on going. Hitch up your trailer and go to Canada or down to Old Mexico. Head for Europe, if you can afford it, or go to the Mardi Gras. Go someplace you’ve heard about, where you can fish or hunt or collect rocks or just look up at the sky. Find out what’s at the end of some country road. Go see what’s over the next hill, and the one after that, and the one after that.

I think of change and exploration as necessary for growth. If you own an Airstream you might share that philosophy. But the necessity of change is easy to acknowledge, and difficult to execute. To get there sometimes you have to prune away tradition and past commitments to make space for what’s yet to come—even when you don’t know exactly what’s going to happen.

So when people ask me (as several people have in the past few days) “What do you plan to do with your free time now that you’re not doing Alumapalooza?” I don’t have a ready answer. The pat answer is that I plan to do more writing, but of exactly what I don’t know. I plan to do more traveling, but exactly where I cannot say. Perhaps north, perhaps south, or around the world. Some travel will be with the Airstream, and some without. One must simply take a step at a time and see what happens. I think the unknown factor is the exciting part. 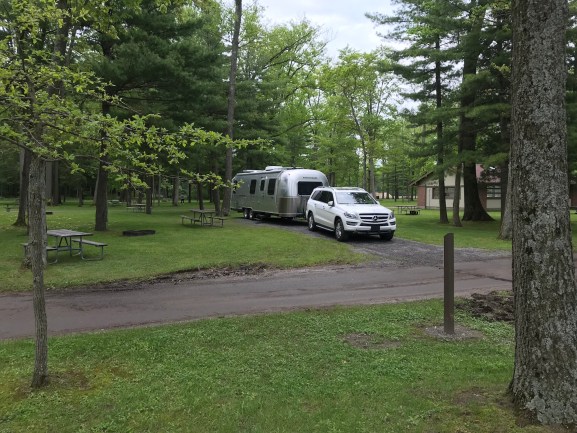 Today’s travel has brought me from the Cleveland area to Verona Beach State Park in upstate New York. The drive itself was uninteresting but I am at least one step closer to a new set of adventures. I’m taking one night here, and another night in the Adirondacks tomorrow. After that, Vermont for a few weeks, and then we’ll see what happens next.